Raam is an Iranian/Canadian musician. He started his musical career as the singer/songwriter/founder of Hypernova, a post-punk band in New York, which was born in the undergrounds of Tehran in the early 2000's. After some modest success with Hypernova, he decided to pursue a solo career under the name of King Raam. After several years of adventures between New York, Toronto, Vancouver, London, Los Angeles, Berlin and Tehran, Raam has come back to the big apple to begin the next chapter of his life.

Raam was born in the coastal city of Bushehr, Iran, and moved to Eugene on the West Coast of the United States with his family at a young age. Raam would return to Iran in the 90s, where he lived as a teenager in Tehran. He later immigrated to Canada in 1998 to try his luck at college life but his fragile eggshell mind would not settle for the calm of the classroom, so he set out on a journey to find his calling. He soon founded the band Hypernova, the first rock band to come out of Iran and get signed and tour with big acts around the world. With a great deal of international press behind them, exposing a different side to the axis of evil, Hypernova paved the way for a new generation of aspiring underground Iranian artists. In 2008, Hypernova toured North America in support of Goth legends the Sisters of Mercy, their song Viva La Resistance  is featured on the blockbuster video game Rock Band 3, and they performed at the Pangea Day Festival sponsored by the TED conference. The band has also been featured in the New York Times, MTV, Billboard, NPR, CNN, NME and Vanity Fair just to name a few. 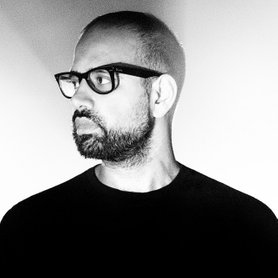