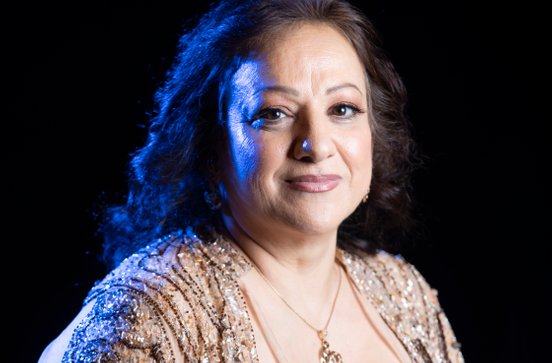 Sohair Chkair grew up in a music-loving family in Syria and began her career with her brother Samih Chkair. In 1987, they performed for the first time at the Al-Hamra Theater in Damascus. That was the starting point of a long career that would take them to stages and festivals all around the world.

Sohair masters the classical Arabic singing style with a sharp and deep voice, spiced with a touch of modern western classical music. Today, the duo is considered one of Syria's biggest protest singers under the Assad regime, which has led to the Syrian media never giving them the attention they deserved. But that has not stopped her from winning multiple awards over the years, including the Al Awais Award in Dubai and the Artist Asmahan Award in Aley.