Abjee is Persian slang for sister and that’s just what they are "The Abjeez", the sisters Melody & Safoura Safavi.

Although they started writing songs in the late 90s they didn't form their band until 2005.

The intention of their work has always been to be an inspiring alternative force in the Persian pop music/culture.

When the sisters started their band for more than 10 years ago, Iran had been "closed" to western culture for almost 30 years and the Persian pop music had become somehow stagnant. Melody & Safoura who were raised in Sweden

and had got the chance to nourish their creativity in freedom wanted to make a change in this matter and they did!

Abjeez recorded the first album "Hameh" (Everyone) and released it in 2006. The idea with the album was to try to compose songs in different genres, with Persian lyrics, to inspire Iranian youth and artists to try out different music styles when composing new music. The styles that immediately got best response were their reggae and SKA songs. Abjeez became the first band who had written Persian reggae and SKA music!

Abjeez also got internationally recognised for their creative, homemade music videos and were invited to perform at Rotterdam film festival and nominated in the short film category at Tribeca Film Festival 2007.

The lyrics written by Melody Safavi are often humorous and social critical and mostly in Farsi. But the Abjeez sisters love to sing and perform in different languages. They also have songs in Spanish, Swedish and English!

The music composed by Safoura Safavi is a mixture of different musical styles and intents to adorn the lyrics in a fun and creative way so the performance can be enjoyable whether you do or do not understand the language they are performed in.

After a few successful years of touring in Europe, Canada & U.S.A. the sisters decided to re-shape the band in order to be able to explore new artistic ventures. Safoura pursued her studies in Performance art and Sound-design at Stockholm University of the Arts and the Abjeez are now back again with their newly released third album "Paa Sho" (Stand Up) that was partly recorded in Costa Rica and Stockholm 2016. Currently the sisters based in Stockholm and New York have just completed their 7 cities North American Tour and are preparing for upcoming productions and events in 2018. 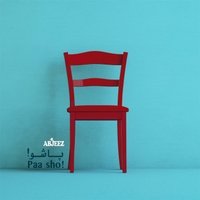