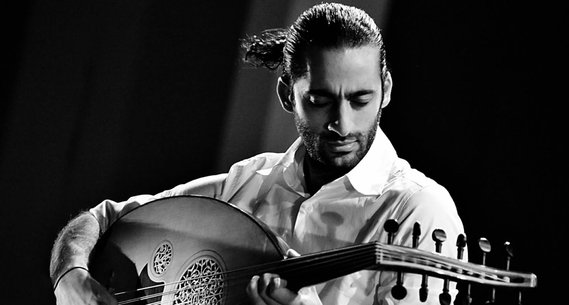 Adnan is an oud player and composer, born on 9th November, 1985 into a family with a deep rooted passion for music and oud making. At the age of 18 Adnan joined his two elder brothers, the Oud players, Samir and Wissam Joubran, to form the first oud trio in the world, known today as Le Trio Joubran, whose debut performance was in 2004 at Luxembourg Gardens, Paris.

Since this debut performance, Adnan has travelled the world performing in various renowned festivals, theaters and music halls. At the age of 23 he performed at the prestigious Carnegie Hall (NYC) and at 27, Olympia (Paris), passing by Radio City Hall (NYC), Salle Pleyel (Paris) and Theatre de Champs Elysées (Paris), to name a few of the many infamous music halls they have played around the world.

Adnan’s albums with the Trio (Majaz and Asfar), have won numerous prizes and awards. They have been chosen to compose music for award winning and Oscar nominated documentaries and films such as Le Dernier Vol by Karim dridi, starring Marion Cotillard and Guillaume Canet. Adieu Gary by Nassim Amaouche, starring Jean Pierre Bakri, which won best Music for Films award in Dubai International Film Festival (DIFF 2011). The Last Friday by Yahya al Abdallah, which also won best Music for Films award in DIFF (2012) and finally the infamous Oscar Nominated Five Broken Cameras (2013). They have topped the World Music charts in France with a Number 1 Album and have been privileged to collaborate with many artists such as the late Mahmoud Darwish, Chkrr and Dhafer Youssef. Adnan has also featured as a guest for Ibrahim Maalouf and Rodrigo & Gabriela and created the show Eko Du Oud with the French juggler Vincent Berhaut.

After 10 years of Parisian life, Adnan has created his own musical identity alongside his ongoing project with the Trio. Whilst respecting the traditional way of playing the oud he has followed his passion desire to propose something different and new. With these experiences and challenges, Adnan has created his debut solo album, Boarders Behind, expressing through music, his new identity of compositions, rhythms, virtuosity and feelings. 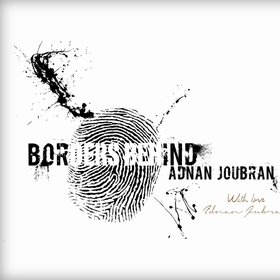