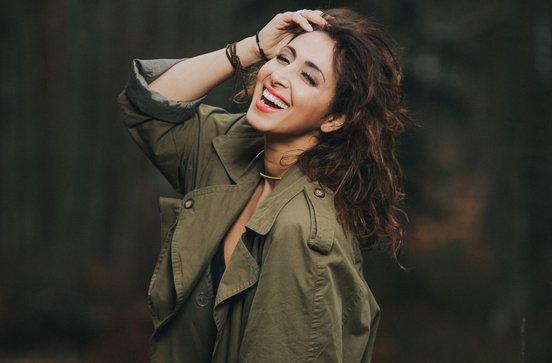 Mahan Moin is an artist/songwriter, born in Iran and now living in Sweden. When Mahan was 9 years old she escaped her country of Iran to Sweden. At that age she started to perform on different concert with her father who is also an Artist.

Her first band ADORUS with 4 girls singing pop/rock were quitie big ih Sweden 2001-2004, had a scandinavian tour with WESTLIFE, but later the band splited up and Mahan started to write music on her own music. 2011 she was one of the contestants in a Persian song competition similiar to Idol, named GMA that was broadcasted from London. The TV show had around 55 million viewers world wide where Mahan came 3rd and her fanbase grew strong. 2014 she was one of the contestants in the Swedish Melodifestivalen with the song "ALEO". . 2015 Mahan wrote the anthem and perfomed the song "THE WORLD IS MINE", for the womens ice hockey world cup. 2016 she also wrote the signatur song "Elysium" for the MAXIV Science Laboratory in LUND, performed for the Swedish King, Primeminister and a big audience with a scientific background. In poland she has a big audience beacuse of her first single 2015 called "Azizami", but later 2016-2018 her collabration together with the DJ Gromee they've sold Platinum with the song "Spirit" and Gold with the song "Runaway".&nbsp; Mahan Moin is also a songwriter and has written hits like "Without You" with Gromee feat. Lukas Meijer and also the song "Light Me Up" that is the Polish contribution to Eurovision 2018 in LISBOA.