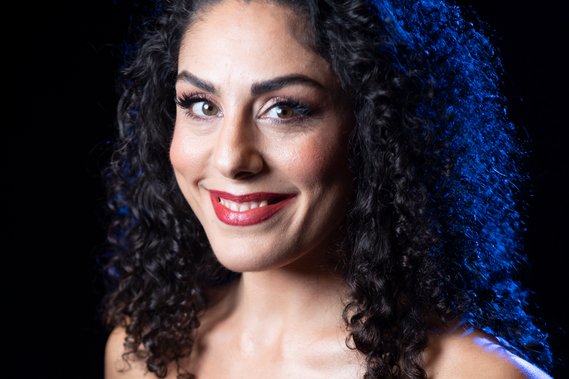 Today Negar is a beloved voice in many languages with experience from a range of large TV-productions and classical scene performances. We know her for her big voice and for her warm stage presence and charisma.

She has worked professionally as an artist for over a decade and has developed her own unique style with the mix of opera and more modern music, ranging from tango, jazz, pop and folk.

Negar has two bachelor’s degrees in music, but already as a child she had a strong interest in singing and dancing and spent many hours in dance classes and singing for friends and family. She loved to be the center of attention and never refused an opportunity to perform.

When she started high school, she began to take singing more seriously and took private lessons to develop her singing skills, that is when she started specializing towards classical music and opera. The dramatic music and theatrical expression of opera speaks to Negar’s passionate personality.

After some years of training she decided for a higher level of studies. She studied for almost seven years at The Royal College of Music and at The Academy for Music and Drama which resulted in her two bachelors’. She was also trained in acting and has performed many different roles and is appreciated for her strong presence and ability to create credible interpretations.

A great asset for Negar is her knowledge in foreign languages. She speaks Farsi, Swedish, English and French fluently and has basic knowledge in German, Italian and Spanish. This makes communication easy and creates the opportunity to collaborate with people from all over the world.

Following her success in Persia's got Talent 2019 and her exposure to the global Iranian audience, Negar has developed her own crossover genre of opera and pop in Farsi. This Persian Sarah Brightman has touched millions with her beautiful voice.