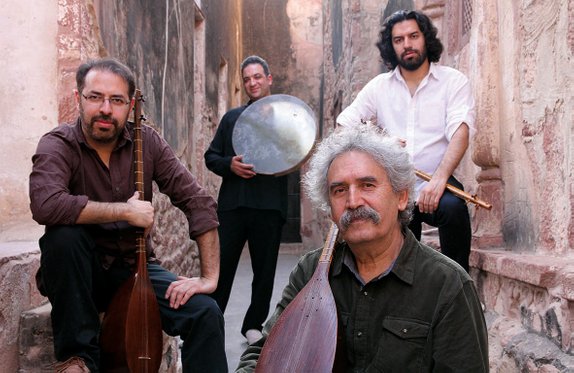 The Shams Ensemble was founded in Iran in 1980, by Kaykhosro Pournazeri – a musicologist who retrieved the spiritual instrument Tanbour from the heart of the Sufi monasteries and introduced it to the world stage.

Reclaiming melodies from past millennia, reviving the traditional instrument Tanbour, discovering the secrets of Iranian mystical music, creating a whole new style in Iranian music by blending passion, emotion, spirituality, and performance, and the most advanced techniques of composition and performance: these are the hallmarks of the Pournazeri family and the Shams Ensemble.

Pournazeri was the first to compose based on the music of the Tanbour, and combined it with the poetry of Rumi and the other traditional Sufi instrument, the Daf. Through presentation of these pieces, the Shams Ensemble was introduced as the premier source for composition and performance of Iranian spiritual music and of the Tanbour.

As Kaykhosro’s sons Tahmoures and Sohrab Pournazeri joined the Shams Ensemble, they also began composing and designing new music founded on their father’s style and incorporating the musical traditions of various nations. This has resulted in the birth of one of the most interesting and attractive new forms of Iranian music – to the point that, after thirty years, the Shams Ensemble has been able to not only retain its fan base but also continually gain new enthusiasts among the Iranian youth.

In addition to their focus on performing Iranian music, the Pournazeris and the Shams Ensemble have been active supporters of other artists. Following the ban on female musicians (after the Islamic Revolution of 1979), they have put great effort into returning women to the musical stage. As points of pride, they have nurtured the first female Tanbour players, and, after ten years of striving, were able to utilize two female vocalists in their work despite the ban on the solo female voice. In addition, Kaykhosro Pournazeri can be counted as the foremost supporter of young performers on the modern Iranian music scene – a fact that has become his personal doctrine and must be considered one of the band’s great strengths. 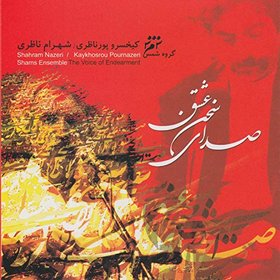